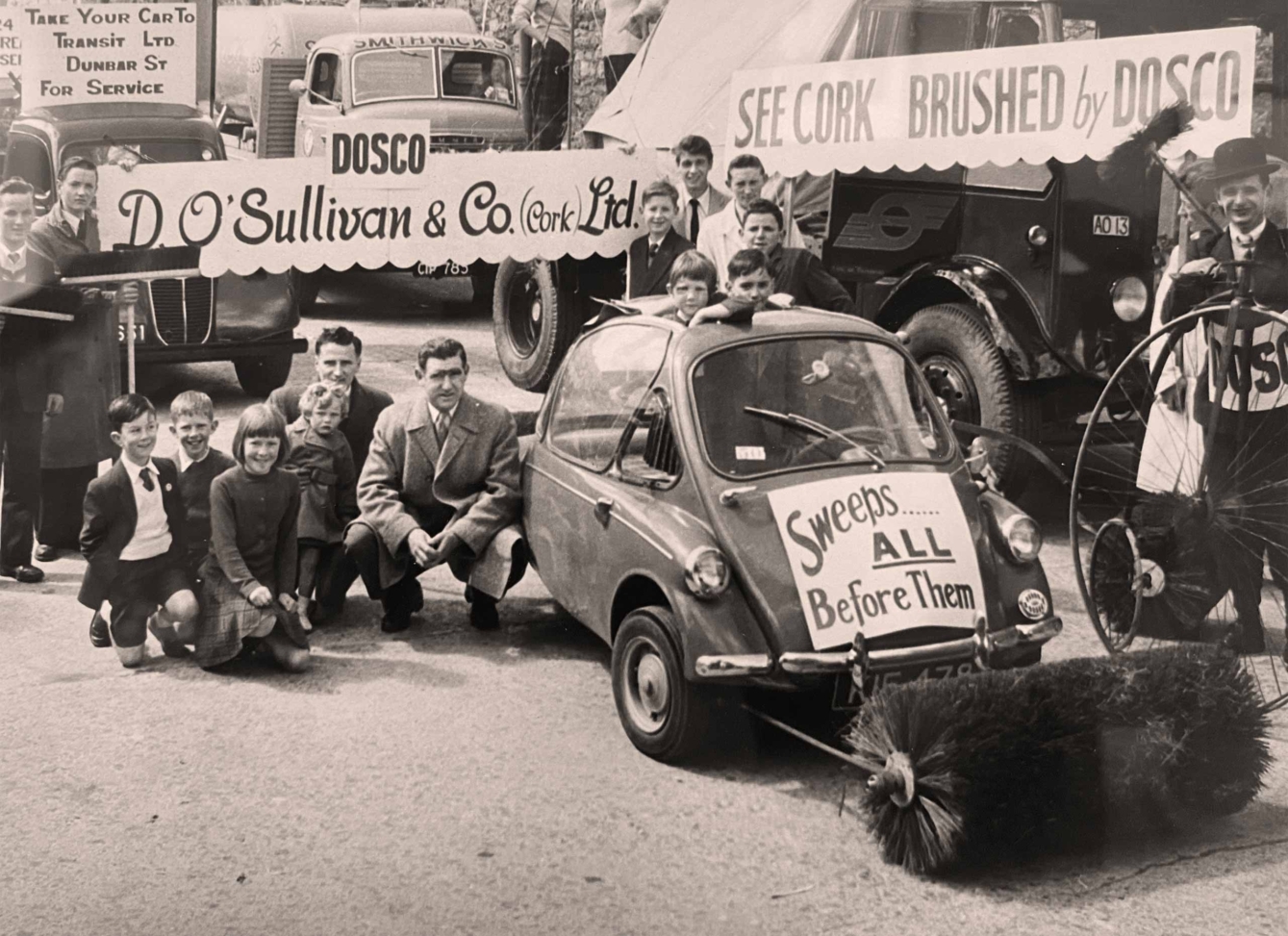 DOSCO was founded in Cork in 1884, the same year as Marks & Spencer and the GAA. Dosco (or D.O’Sullivan & Co.) is now and has always been a 100% Irish owned family business.

Originally the company was established by Denis O’Sullivan on Lavitt’s Quay. It was then situated on Merchant’s Quay from the early 1900s to 1960. In 1960, the business moved to South Douglas Road, just outside Cork City, where it remains today.

In the early days the premises was multi-story and so all raw materials had to be hauled up to the top floor and manufactured into the various products before being moved down to ground level for dispatch. The products were mainly road sweeping, shoe brushes, distemper brushes, fireside, and chimney sweeping brushes. The majority were made by hand using tar to bind the bristles together before they were inserted into the wooden stocks (heads). 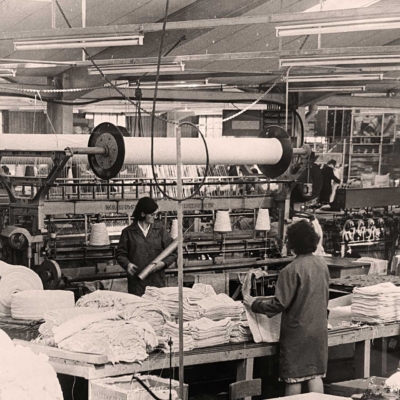 The company had a textile department where heavy duty floor cloths and oven gloves were manufactured.

In the mid 1960s, George Kenefick and Dan Corcoran had the foresight to know that the business was outgrowing all the premises and needed to centralise the operation. So, after much researching, a site was identified and purchased on the South Douglas Road. This was an orchard full of fruit trees and bushes. Before clearing the site, young people were recruited to pick the fruits to be sold in the English Market, Cork.

A new premises was designed and built, and was officially opened in 1966 by then Taoiseach, the late Jack Lynch.

Dosco is Ireland’s only remaining brush manufacturer. For 135 years Dosco has been known for delivering a consistently high quality product backed up by exceptional service.

We are proud to continue this tradition today.

This website uses cookies to improve your experience while you navigate through the website. Out of these, the cookies that are categorized as necessary are stored on your browser as they are essential for the working of basic functionalities of the website. We also use third-party cookies that help us analyze and understand how you use this website. These cookies will be stored in your browser only with your consent. You also have the option to opt-out of these cookies. But opting out of some of these cookies may affect your browsing experience.

Necessary Always Enabled
Necessary cookies are absolutely essential for the website to function properly. This category only includes cookies that ensures basic functionalities and security features of the website. These cookies do not store any personal information.
Non-necessary
Any cookies that may not be particularly necessary for the website to function and is used specifically to collect user personal data via analytics, ads, other embedded contents are termed as non-necessary cookies. It is mandatory to procure user consent prior to running these cookies on your website.
SAVE & ACCEPT
Go to Top